Hilton Hotel, Bridgetown, Barbados Feb 18th 2012 – The management and staff of Atlantis Submarines Barbados were joined by top tourism officials including the Minister of Tourism Hon. Richard Sealy M.P and a high level contingent from the parent company Atlantis Submarines International including the President and founder Dennis Hurd and Mrs. Hurd, to celebrate its 25 year anniversary.  Master of ceremonies Mr. Dennis Johnson, who has an association from Atlantis’ early days as Guest Services manager at Paradise Beach hotel, guided the evening’s proceedings. After a sumptuous dinner and an entertaining 25 year photo history of the company, the official portion of the evening started with a historical overview of the company by General Manager Roseanne Myers in which she outlined the contribution the Barbados operation and its employees played in the development of tourism in Barbados and the Atlantis worldwide expansion.  Mrs. Myers went on to list the myriad of awards won over the years including Minister of Tourism awards from the 80’s until today, Barbados Hotel and Tourism Association awards, and more recently a Barbados Chamber of Commerce award.  International recognition came through the Green globe and Green certifications double award as the first attraction in the world to gain such and Hospitality Assured certification as the first Caribbean attraction to gain this UK based business excellence certification.  She went on to laud the contribution of the staff whose dedication and focus on execution was key to their success.  She noted that having completed over 43, 000 dives safely and taking over 1 million persons on submarines dives here in Barbados, there is much to celebrate. 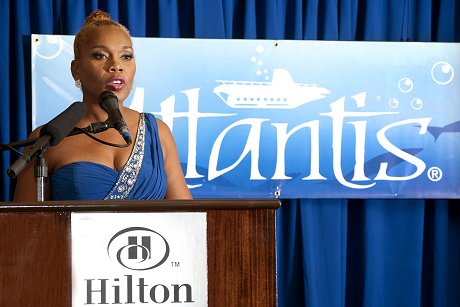 The Minister of Tourism Honorable Richard Sealy delivered the feature address and heralded the fact that Atlantis Submarines Barbados was indeed already “ticking off “achievements which fall under the important eight pillars of the industry outlined in the draft white paper on tourism.    He noted that Atlantis Submarines has been blazing a trail in terms of the sustainability, quality and product development pillars, and noted that in relation to the latter they had set Barbados apart as a destination with diversified and unique offerings. 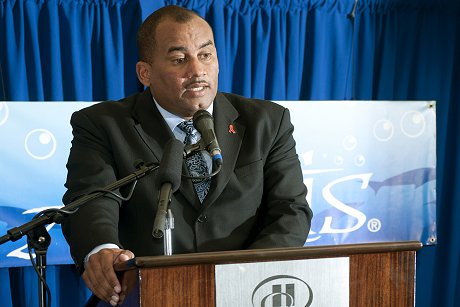 The award ceremony was the highlight of the evening with industry partners receiving plaques of appreciation for their contribution to the development of Atlantis Submarines Barbados.   The awards were presented by the president of Atlantis Submarines Dennis Hurd, and the General Manager Roseanne Myers.  The awards given to industry partners were as follows. the Ministry of Tourism’s award received by the Minister of Tourism the honorable Richard Sealy M.P.; the award for the Barbados Hotel and Tourism Association was received by President Colin Jordan; the Barbados Tourism Authority award was received by President David Rice and David Jean Marie the CEO acting received their award on behalf of the Barbados Port Inc.

The premier awards were presented by the Minister of Tourism and the President of Atlantis Submarines International, to those persons with 25 years of service and they were heralded using their own words.   Master of Ceremonies Dennis Johnson read eloquently what each awardee wrote about what their 25 year tenure means to them.  25 year awardees are:  Roseanne Myers – General MManager     Robert Hinds – Operations Manager and pilot; Esther Forde- Accounting manager; Anthony Pitt – Operations Supervisor and pilot;     Daria Welch.   – Office manager.  The first General of Atlantis Submarines Barbados Earlyn Shuffler was also recognised for his contribution and his tenure as a director over 25 years. 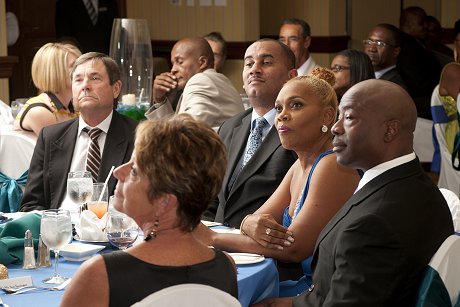 In a surprise twist at the end of the event the President of Atlantis Submarines was presented with a plaque of recognition by the Minister of Tourism of Barbados and the 25 year awardees for innovation, and leadership over 25 years.  Mr. Dennis Hurd is the designer of the Atlantis submarine and the one whose entrepreneurial spirit has made the celebration possible.  A standing ovation was received as the fact that over 14 million persons in the world have now experienced the underwater world in submarines designed by Mr. Hurd and his team more than 25 years ago. 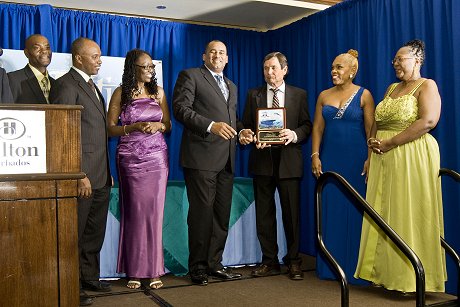 For further information about Atlantis Submarines Barbados including the full history visit the website www.barbados.atlantissubmarines.com or join our face book   www.facebook.com/AtlantisBarbados page where full details and pictures will be posted.

Activities & Attractions, Barbados Travel News
activities, atlantis submarines, attractions, barbados, tours
Was this helpful?
How can we improve it?