Did You Know That Barbados

Some of the above information © Ellis Burnham, 1996.

Doesn't Barbados sound like a fascinating place to visit? Let us help you find the perfect place to stay on the island... 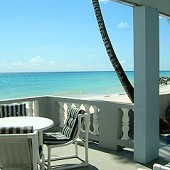 For the rental of beach cottages, villas, apartments and vacation rentals. All of our properties are kept in excellent condition at very affordable rates.

Our properties are located on the south and west coast. Some are on the beach and others are within a short walk to the beach.