You’re in for a treat as several splendid historic and cultural sites in Barbados will soon be enhanced, thanks to a substantial loan from a leading lending agency.

Get ready to explore these 3 major heritage tourism assets, which will be created or improved with part of a US$20 million loan from the Inter-American Development Bank.

Barbados is already a wonderful heritage destination, with several excellent museums, beautifully restored plantation houses, a series of lighthouses and signal stations, and a capital city that is a UNESCO World Heritage Site. These improvements will be a further delight to those who love learning about the history of our Caribbean island and stepping back in time to a bygone era.

The Old Town Hall building lies in the centre of our capital city Bridgetown, a bustling city that wonderfully blends historic buildings with modern amenities and commercial activity. The building dates back to 1730 and played a vital role in early governance of the island as a British colony. Careful refurbishment in 2003 restored this beautiful building to its former glory, maintaining much of its architectural heritage.

When you visit Bridgetown take a stroll down Broad Street to Jubilee Gardens, a lovely open square with benches and tropical trees. From the gardens you’ll have a splendid view of the Old Town Hall and can imagine the political and governance activity that took place here centuries ago.

How it will be improved: a new Visitor Centre will be created in the Old Town Hall Building, providing guests with fascinating information on the historical and architectural features of this location.

Bridgetown is our capital city and historic commercial hub of the island. Along with its nearby Garrison, it has won designation as a UNESCO World Heritage Site.

We highly recommend visiting Bridgetown to explore the intriguing sites, visit a pirate’s tavern, relax in small parks, shop for duty-free goods and authentic local craft, and savour delicious local dishes at one of the many restaurants. It’s a relatively small city and so can be easily explored in a half-day. Be sure to visit the waterfront and stroll the boardwalk – you might even spot a turtle!

A walk through Bridgetown takes you back to a time when Barbados was a vital colony in the British Empire. You’ll see the British influence reflected in the street and place names such as Prince William Henry Street, Victoria Street, and Queen’s Park. There is even a statue of Lord Horatio Nelson which predates that in Trafalgar Square, London by 30 years! The Barbados Parliament is the 3rd oldest in the Commonwealth and the coral stone buildings are quite magnificent. 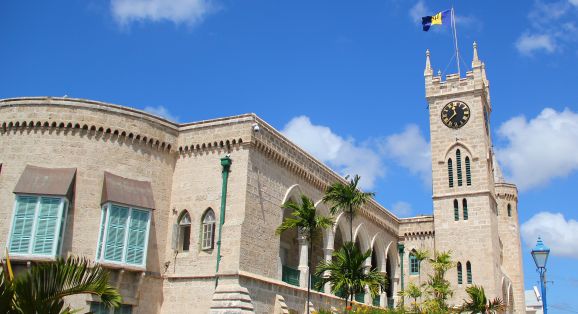 Along with that history is the darker reality of the plantation slavery system, which brought many of the ancestors of modern Barbadians to our shores. It was often in Bridgetown that they arrived to begin a terrible life of servitude. 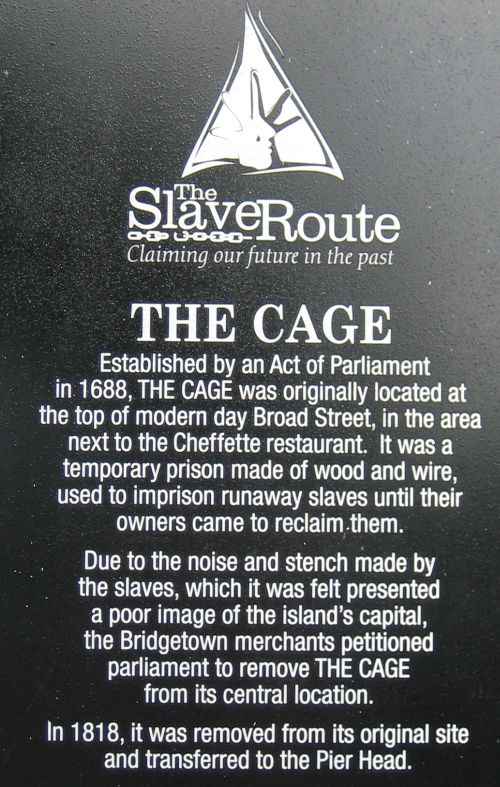 Not to be forgotten is the influence of the Amerindians, the earliest known inhabitants of Barbados. Bridgetown was originally known as Indian Town and the name Bridgetown is derived from an old wooden bridge named “Indian Bridge” which spanned the Careenage River in the city.

How to make it better: the tourist route through the city will be enhanced, so that visitors can enjoy a more engaging, safer, and complete exploration of this magnificent treasure that blends the heritage of many peoples and reflects the ambition and fortitude of them all.

The Barbados Museum is also located within the World Heritage Site, at the historic Garrison area which is about 3 minutes drive or 20 minutes walk from Bridgetown. The museum is housed in historic buildings that were used as the military prison in the 1800’s.

Step inside and traverse the many exhibits that depict the riveting history of the island. There are several permanent galleries including the African Gallery and Military Gallery, along with temporary galleries depicting a particular theme of interest. The Children’s Gallery is a big hit with younger members of the family as they experience childhood life in Barbados. 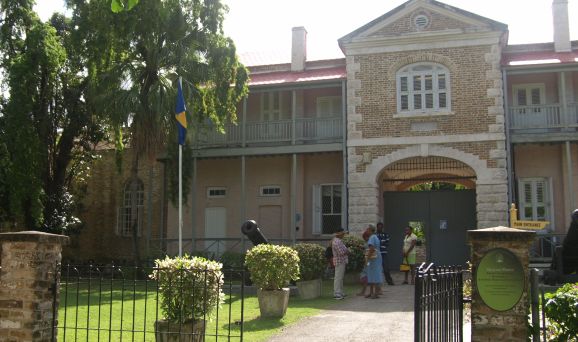 Oistins is a quaint little town on the southern coast of Barbados. It’s best known and loved for the famous Oistins Fish Fry, where visitors and local mingle among food stalls and sit on picnic benches to enjoy freshly grilled or fried fish along with delicious sides like macaroni pie and coleslaw.

There is a vibrant fishing community here, and it’s fun to watch the fishermen bring in the catch of the day. Stroll onto the jetty to see numerous turtles who have figured out that where there is a fish market there are fish scraps, which to them is an easy meal.

In addition to this fishing heritage, Oistins also played a historic role in the political history of the island. Here the Charter of Barbados (also known as the Treaty of Oistins) was signed at a tavern in 1652. This treaty ended the stand-off between Cromwell’s imperial forces and local Royalist supporters.

The plan: as part of this project improvements will be made to both the Museum and the Oistins Waterfront. More visitors will benefit from exploring our captivating heritage and experiencing authentic island life.

Where To Stay For a Heritage Vacation

If you love exploring the history of your travel destination, we recommend that when you visit Barbados you stay in either a plantation inn, a hotel with historic character, or one of the hotels within the World Heritage Site – we’ve compiled a list of our favourites in these 3 categories: