The Holetown Waterfront Improvement project along the west coast of Barbados is progressing well. The aim of the project is to enhance and protect 1.5 km of shoreline along this coast.

The project tackles the ongoing issue of coastal erosion as well as being a preventative measure against rising sea levels and general climate change. Several techniques are being used, many of which have been successfully deployed on Barbados’ south coast. These include breakwaters, groynes, headlands and beach nourishment.

The results are amazing! Here’s a video showing the newly opened boardwalk. 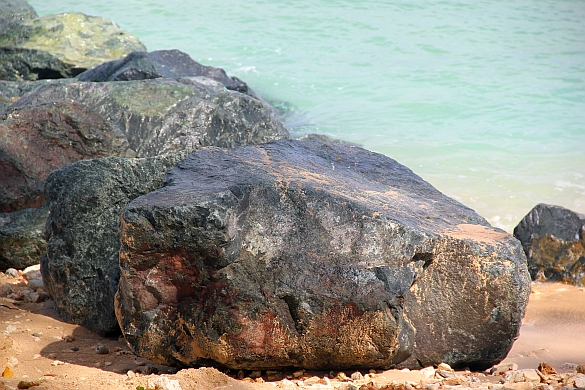 Some of the massive stones used in the project. Similar to those used for the South coast and West coast boardwalks. 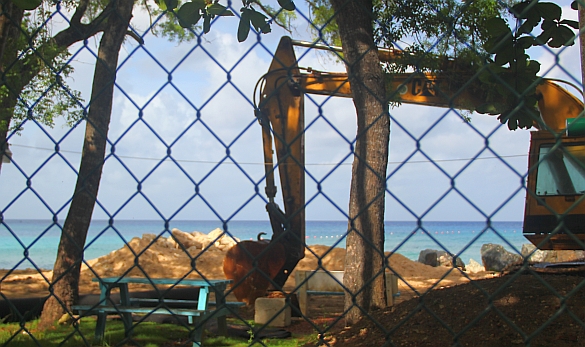 Heavy equipment on the job at Folkestone Marine Park

The initial phase of the project involved the creation of groynes in the Colony Club and Heron Bay areas. With that completed, attention turns to the south to the main beaches along the Holetown stretch.

At this time (June-2-2013) there is extensive work going on at Folkestone Marine Park, which is essentially a construction zone, and by the Surfside Restaurant and Bar. At Surfside there are huge boulders and piles of sand on the beach. Just north of Surfside there is a lot of work going on just offshore. Looks like this is a headland/promontory.

Barbados Travel News, Beaches
barbados, beaches, west coast
Was this helpful?
How can we improve it?