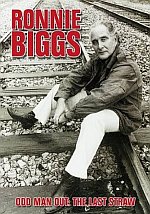 Did you know that Ronnie Biggs, who participated in the Great Train Robbery of 1963, has a connection to Barbados?

In 1965, Biggs escaped from prison and after stays in France and Australia, he fled to Brazil, which did not have an extradition treaty with the UK.

In 1981, Biggs was kidnapped by British ex-soldiers who hoped to collect a reward for returning him to Britain.The kidnappers brought Biggs to Barbados expecting him to be extradited. However the Barbados Supreme Court ruled that such an extradition would be unlawful as the Barbados Parliament had not ratified an extradition treaty with the UK.

Biggs reportedly said “It’s back to Brazil! Champagne for everyone!” as he left the island and returned to Brazil.

Biggs returned to the UK voluntarily in 2001 and was released from prison on compassionate grounds in 2009.

Barbados Travel News
barbados, ronnie biggs
Was this helpful?
How can we improve it?