Home ›› Things To Do ›› Attractions & Sightseeing ›› Towns and Villages ›› Speightstown 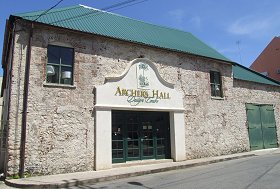 Located along the north-west coast of Barbados, Speightstown is one of the islands major towns and boasts a long and intruiging history.

Settled around 1630, its name is derived from William Speight who owned of the land where the town is located.

In 1649 Admiral Sir George Ayscue was dispatched by Cromwell to quell the insurrection in Barbados. However Barbadians were loyal to Charles 1 and for 6 months Ayscue was unable to land in Barbados as concentrated attacks on Speightstown were repelled by the small forts along the shore.

Barbados was landed only with the help of defector who led Ayscue and his men to land at Oistins Town where they met with what has become known as the "Charter of Barbados".  Signed in 1652, the agreement gave Barbados rights and privileges unheard of in any other Island. In particular it guaranteed that Barbados could not be taxed without the consent of a Barbados General Assembly. 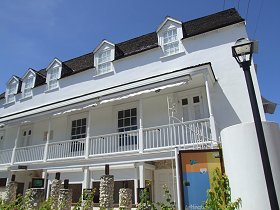 In the 17th century Speightstown was a major port with ships regularly arriving from England.

As you stroll through Speightstown you will still see some of the colonial architecture, now existing in harmony with modern buildings.

One fine example is Arlington House Museum, an eighteenth century house with three floors of exhibits and interactive features.

Speightstown has been twinned with the British town of Reading and with the City of Charleston, South Carolina.