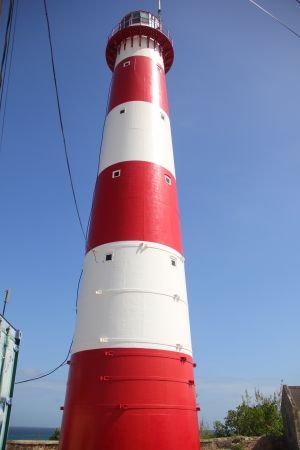 This landmark, with its red and white horizontal bands, is easily spotted from many points along the south coast of the island. It is reached by following the signs through the residential district of Atlantic Shores, just to the east of Miami beach.

South Point lighthouse was assembled in Barbados in 1852, having been shown at London’s Great Exhibition the previous year. It was refurbished and painted in 2018.

While the South Point lighthouse site is open to the public, the tower itself is closed.


Other Barbados lighthouses are located at Harrison Point, Ragged Point and Needham's Point.