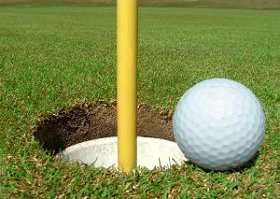 In December 2006 Barbados hosted the 2006 World Golf Championships World Cup, becoming only the second Caribbean country to do so.

The four-day tournament was played at the Sandy Lane Resort on the west coast of the island.

You may remember Sandy Lane as the venue for the 2004 wedding of golf star Tiger Woods.

The tournament ran from Dec. 5th - 10th at the Country Club Course, one of three courses at Sandy Lane. The course, designed by Tom Fazio, is a 7060-yard, par-71 course.

The German team of Bernhard Langer and Marcel Siem lifted the trophy after they beat Scotland on the first play-off hole. Both teams had finished 16 under in regulation play.

24 nations, including Barbados, competed for the top prize which the United States has won on 23 occasions. The format of the tournament was two-man team competition: two days of four-ball and two days of foursomes.

The tournament reflects the truly global nature of the modern game of golf and was broadcast worldwide, including on ESPN and ABC in the United States and on Sky Sports in the United Kingdom and Ireland.

Barbados was the perfect choice for the 2006 tournament as its reputation as a golfing destination has been steadily growing over the years.