The Methodists arrived in Barbados in 1789, intent on Christianising the slave population. However, their early efforts were unsuccessful and 20 years later they had only 30 converts.

The plantocracy regarded the Methodists as anti-slavery and constantly persecuted the church. Methodist meeting houses were pelted with stones and their meetings were often interrupted. The planters' hatred was such that in 1823 an angry mob tore down the Methodist chapel in James Street, Bridgetown. In addition there were several (unsuccessful) attempts to outlaw Methodism in Barbados.

The burning of the James Street Church may have been the turning point however, since by 1848 their congregation had swelled to over five thousand and there were eight chapels and four meeting places. 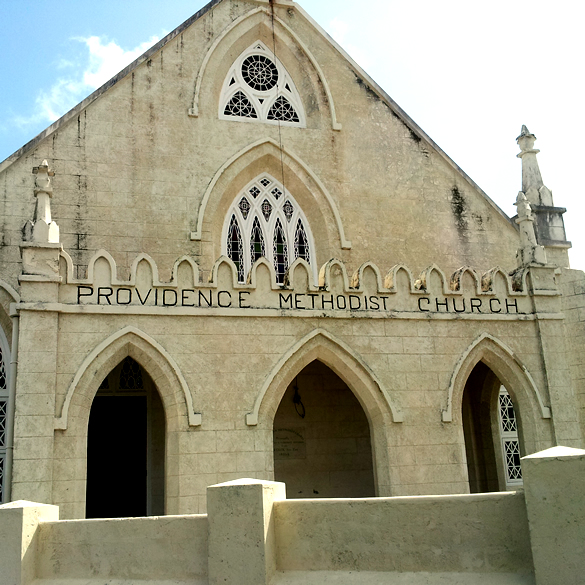