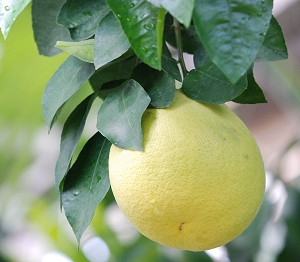 As a result, the "Forbidden Fruit" (as it was named many moons ago) was born for the first time! The name was changed to "Grapefruit" because it grows in large "grape-like clusters". This original Barbadian fruit has now become a world wide favourite.

Barbados.org is proud to have the "grapefruit" as one of the "Seven Wonders of Barbados"!

It is delicious when cut in half, segmented and sprinkled with Angostura Bitters,(made in a neighbouring island, Trinidad).